5 stage-fright re-frames to shift your focus 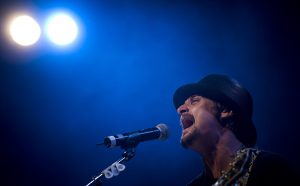 Stage-fright on some level, is pretty much a given with many of the performers and speakers that I work with.

On one level it is completely understandable. Few of us like the idea of standing up there in front of an audience of hundreds, maybe even thousands and singing, dancing or even just speaking.

At the same time, many of my clients are hugely talented people.As one successful client put it ‘I beat myself up over being so nervous. I should be used to it by now.’

The thing that frustrates many performers is that they know that having this fear over performing can mean that they actually perform less well. They know that some level of adrenaline is a good thing, but too much makes them slip into the physical symptoms of panic – sweaty palms, racing heart, trembling hands and shaky voice – most of which are not conducive to the best performances or presentations.

It doesn’t seem to matter how successful the performer is either. Some of our greatest artistes are famous for their performance anxiety. Until recently, for example, hugely successful singer, Adele refused to give any live performances at big venues.

The interesting thing is that while this problem is rife among celebrities, it is also something that crops up in other clients whose’performances’ are to much smaller groups of people.

There are many processes and techniques that can help you overcome performance nerves, and sometimes it can help just to think about things differently.

It may feel sometimes that nerves before a performance of any kind, from an interview to a boardroom presentation, are out of your direct control, but for many, it is just about re-framing your experiences, learning more enabling beliefs about yourself and triggering a better response.